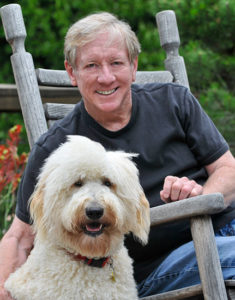 His most recent release is Daily Writing Resilience: 365 Meditations and Inspirations for Writers (Llewellyn Worldwide, 2018). He has written for Psychology Today, First for Women, and Natural Health, and his blogs and columns for writers appear in Southern Writer’s Magazine. He is a consulting editor for The Big Thrill, the online magazine for International Thriller Writers. His long-selling book, Chained to the Desk, is now in its 3rd Edition (New York University Press, 1998, 2007, 2014). His books have been translated into thirteen languages, and he has appeared on every major television network: 20/20, Good Morning America, ABC’s World News Tonight, NBC Nightly News, NBC Universal, The CBS Early Show, CNBC’s The Big Idea. He hosted the PBS documentary, Overdoing It: How to Slow Down and Take Care of Yourself.